From the Guardian - Australia #

One of Australia’s most gifted film editors on Baz Luhrmann, Michael Hutchence and making Muriel likable 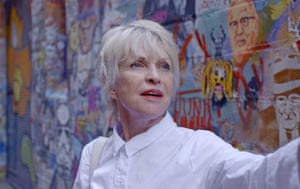 Anybody with the most basic understanding of film editing will tell you there are many words to describe different kinds of techniques. Montage. Juxtaposition. Fade. Dissolve. Wipe. Jump cut. Shot reverse shot. Fast cutting. Slow cutting. Cross cutting. The list goes on.

The renowned editor Jill Bilcock infused the director Baz Luhrmann’s first three films – Strictly Ballroom, Romeo + Juliet and Moulin Rouge (aka the red curtain trilogy) – with a famously frenetic, flashy, in-your-face style. The term she and the glitzy auteur coined to describe their approach is unlikely to be added to textbooks any time soon: they call it “frame fucking”.

The genesis of frame fucking is unpacked (with excited testimonial from Luhrmann himself) in the director Axel Grigor’s new documentary that explores Bilcock’s long and distinguished career, Jill Bilcock: Dancing the Invisible. The feature-length doco had its world premiere at the weekend at Adelaide film festival.

Pauline Hanson, please see Ali’s Wedding. It will be worth your while

“When you talk about frame fucking, it’s actually about music. Everything is about rhythm,” Bilcock tells Guardian Australia. “Baz and I have a very low attention span. We tend to think everybody can see everything in a few frames. It’s a tapestry: the sum of the whole equals the end result. It may feel like it could be a bit fast, but it’s actually adding up to a dramatic, emotional effect.”

Most people don’t really understand or recognise the work that a film editor does, Bilcock explains, or know whether the editing is good or bad: “You don’t know what they added or how much they broke through barriers. Possibly none of us will ever know, unless you were there. But I think we are all editors at heart. Your mum might come out of a movie and say, ‘Oh, I really like this, but it was a bit long.’” 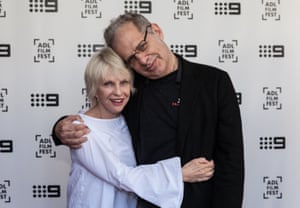 The tide may be turning for Bilcock, though, with the release of Dancing the Invisible and her appointment as the head of the jury for this year’s Asia Pacific Screen awards.

Bilcock’s oeuvre, in addition to the red curtain trilogy, includes the classic Australian films Muriel’s Wedding, Evil Angels (released overseas as A Cry in the Dark), Dogs in Space, Red Dog and its sequel, The Dish and The Dressmaker. That’s not to mention international productions including Elizabeth (which earned Cate Blanchett her first Academy Award nomination) and Road to Perdition (the second film from the American Beauty director, Sam Mendes).

Although editors are responsible for the grammar and syntax of film and television, they tend to be overlooked. With that in mind, here are three challenges Bilcock encountered while constructing three classic Australian productions – and how she overcame them.

Most of us are familiar with the terribleness of Muriel, Toni Collette’s dweeby, husband-craving desperado who lies, cheats, backstabs and happily abandons her already wobbly principles at the drop of a hat.

The stories you need to read, in one handy email

But you may not know that Muriel was originally much more terrible. After the film’s initial edit, Bilcock and the director, PJ Hogan, looked over the footage and were struck by how unsympathetic the character was. Bilcock was assigned the job of re-editing the film to make Muriel more likeable.

“That took quite a lot of work, believe me,” she says. “It was a matter of paying attention to small human details. You can find a funny little giggle, for example, and add it to a scene, even if you’re taking it from another shot in another part of the film.

“It’s about focusing on those little looks, like between her and the traffic cop. It’s also about adding different sound; different music. And, always, it’s all about timing. You need to feel for her when she’s making an idiot of herself.”

Manipulating time – and ‘the clap’ – in Strictly Ballroom # 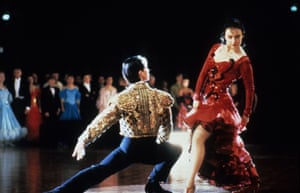 Baz Luhrmann’s feature film debut memorably concludes with an epic dance-off, Scott (Paul Mercurio) and Fran (Tara Morice) strutting their stuff at the Pan-Pacific Grand Prix. When a swinish foe kills the music, they “dance from the heart” by moving to the rhythm of the crowd clapping.

Except in reality, the crowd wasn’t clapping much at all. In the editing room, Bilcock spent days extending this sequence by padding it out in various ways, creating the impression the audience were continuously putting their hands together for a sustained period of time.

“I got one clap, then, on the soundtrack, I created different claps, making it go from slow to faster and faster,” she says. “Then I elongated the process, finding pictures that went with that, taking a whole lot of scraps and throwing them together. I manually chopped up shots and stuck them together with tape, trying to get the rhythm right.”

Capturing the visual flavour and grubby aesthetic of Dogs in Space #

The director Richard Lowenstein’s 1986 cult film Dogs in Space, about share-housing and the folly and hedonism of youth, stars Michael Hutchence as one of several skinflint, drug-addled layabouts in Melbourne’s post-punk “little band” scene of the late 70s.

Cargo review – the living dead have us spooked, but in a painful way

Adelaide film festival: This zombie movie, with soul and pathos, is one of those in which the Z word is never uttered

“Michael wasn’t a professional actor, but the communal spirit was very good on that set,” Bilcock says. Because of the film’s grubby, low-fi aesthetic (it looks as though it has been soaked in bong water and left in the sun to dry), it is easy to forget how visually inventive it is.

Explains the editor: “It was a very well-thought-out picture, with some extraordinary choreography of shots. It had big choreographed shots. To find somebody talking on the other side of the room the camera would go across the sink, or down to the floor, and so forth.

“You don’t have that sort of horrible, American, TV kind of shooting, which is backwards, forwards, the same size shot, and the repeating of shots all the time. Dogs in Space was much more inventive. It was trying to push boundaries.”